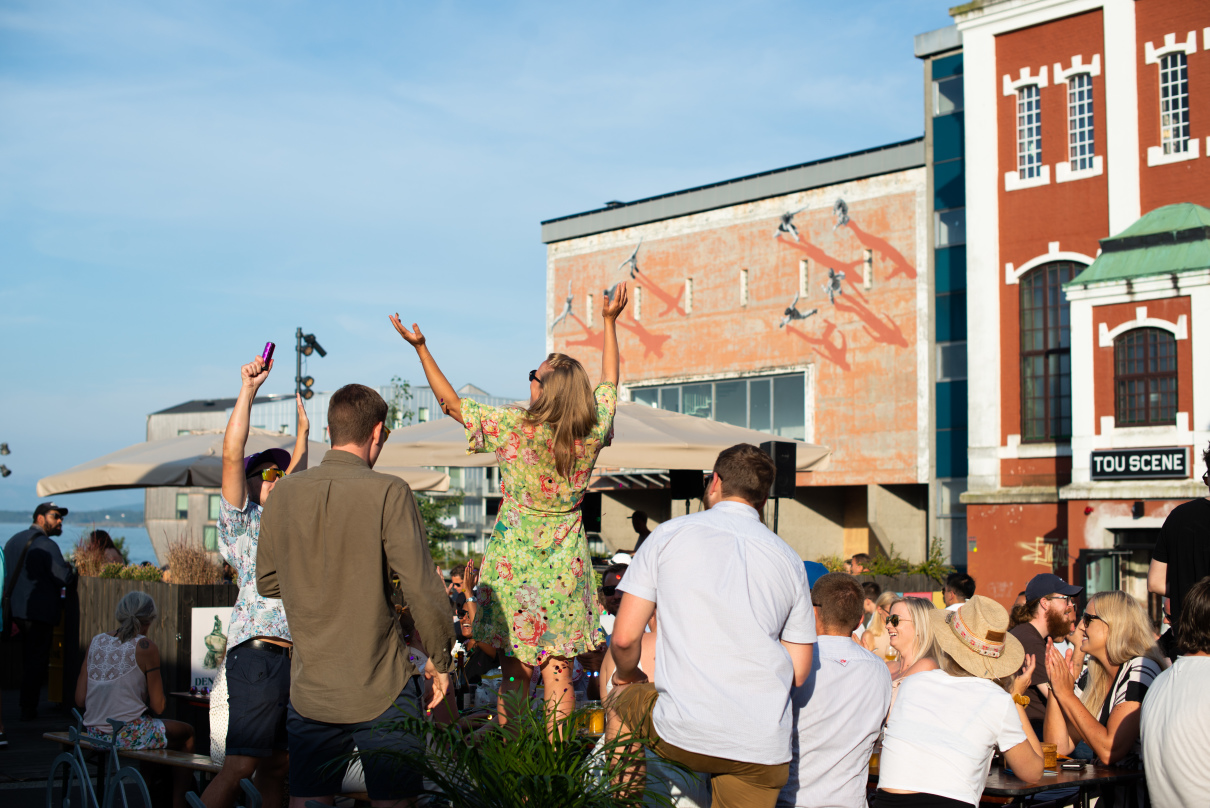 Why live in Stavanger?

Have you considered relocating? We´ve got you. Here are all the reasons why you should pack your bags and move to Stavanger.💚 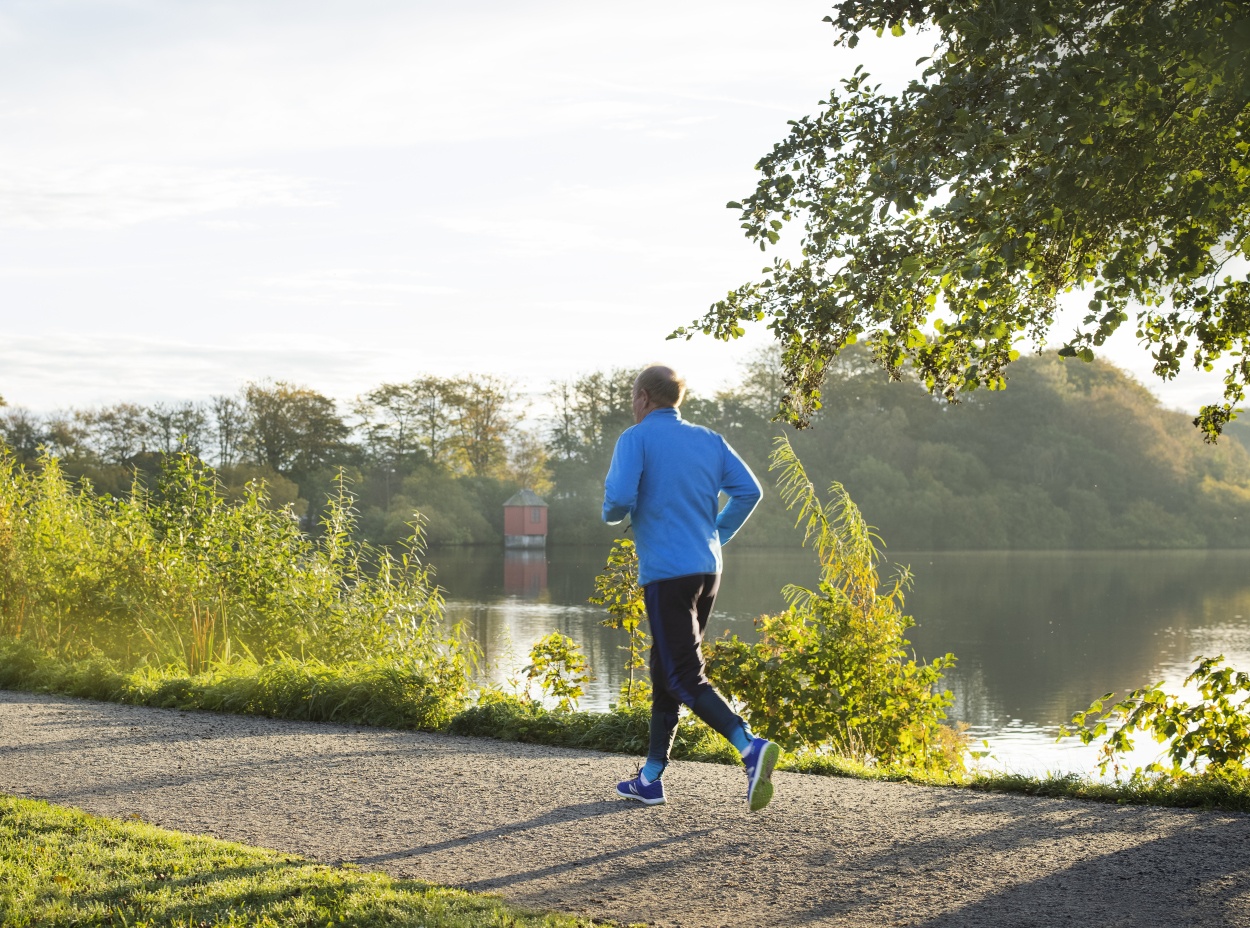 Jogging at a local park "Mosvatnet"

You may have heard the term: You either work to live or live to work. Well, most of us actually work to enjoy life. The main thing our international community points out is our unique work-life balance.

When you have a job in Norway you most likely have the right to five weeks of holiday each year. After working a year, your job will also cover your next four weeks of holiday. The working hours vary, but the most normal is seven and a half hours of work each weekday, leading up to 37.5 hours a week.

Every job varies, but in almost all of them, time with family and friends is supported and encouraged. We have a lot of flexibility, especially when it comes to picking up the kids at daycare or driving your grandmother to the hospital. You get the point. Life outside of work matters.

🙏🏽 Quality of life: Equality and safety 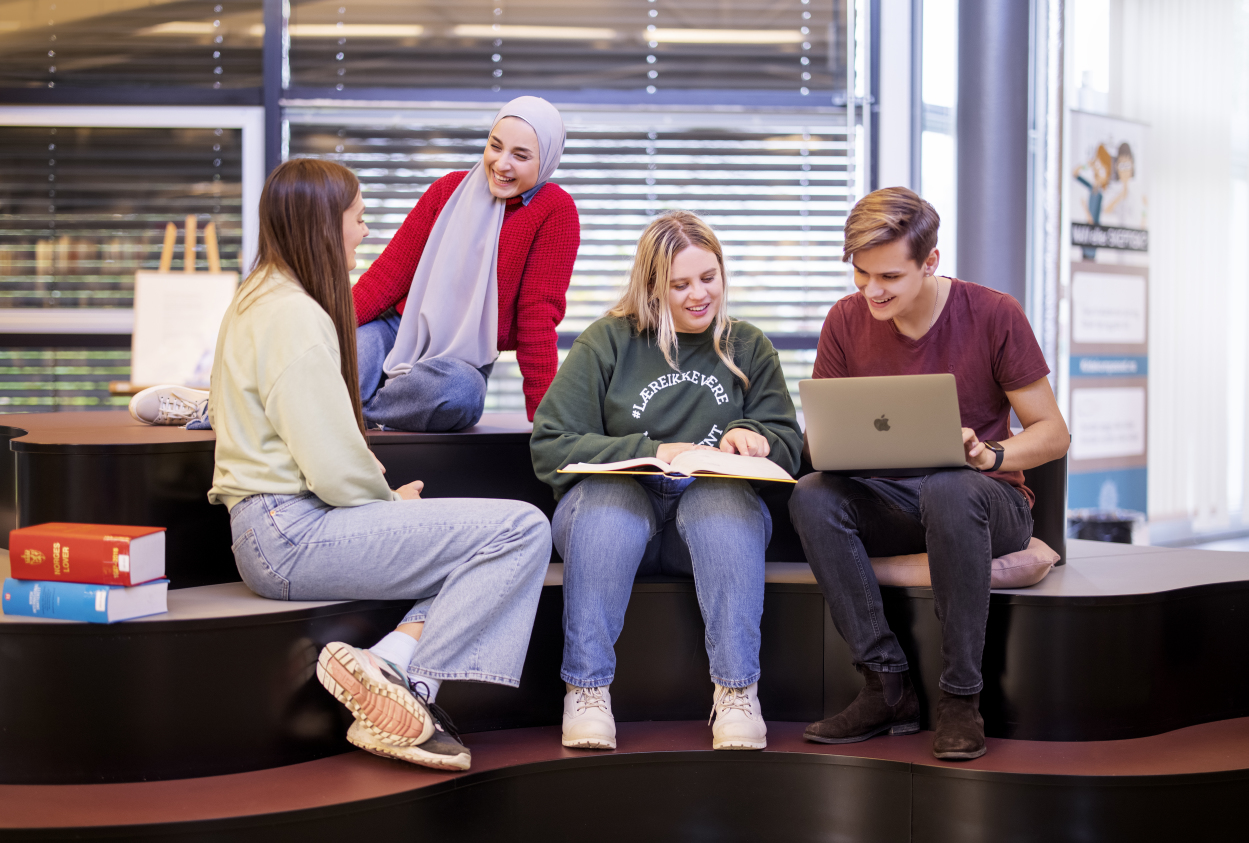 Students at the University of Stavanger

Safety first. That is honestly pretty descriptive when it comes to the Stavanger region. We have been influenced by the high-quality security measures within the oil and gas industry. For example, I’ll bet you will never see as many backed-up cars in a parking lot as you do in Stavanger, as a courtesy to the oil industry making it mandatory at the workplace. As a country, our security is ranked as one of the top-ten countries in the world. Not to mention, our good public healthcare system.

Did you know that Norway is one of the world's most gender-equal countries? We are not saying we are done yet, but our public system is helping us get there. We have paid maternity and paternity leave for nine months and all children have the right to daycare, which gives more women the opportunity to have a career and have the same rights as men (source: fn.no). 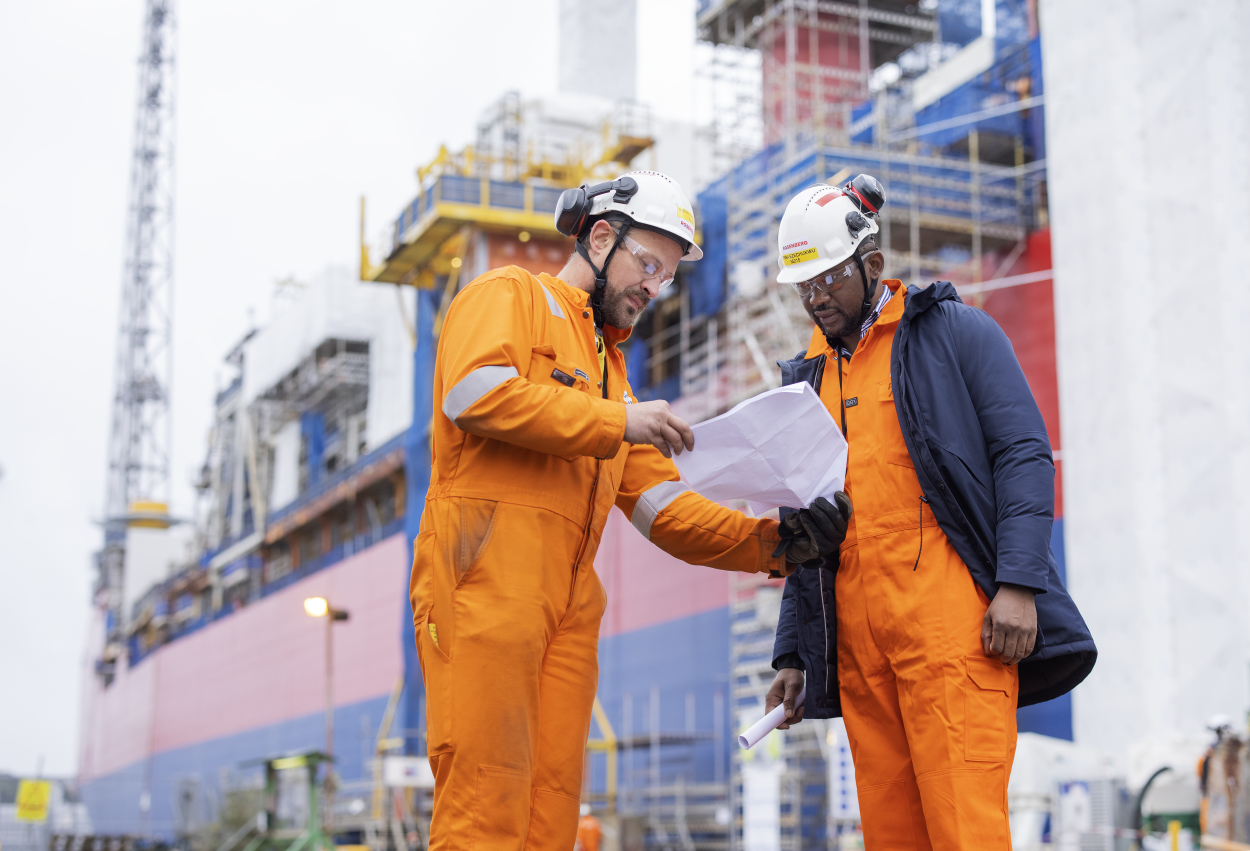 Workers at Rosenberg Worley in Stavanger

Stavanger is one of the most international cities in Norway with about 190 nationalities, in comparison the UN has 192 member states. One in five inhabitants in Stavanger are international. Do you speak English? Great. Norwegians are pretty much fluent in English, having to learn it at primary school from they are around eight years old. We also have three international schools in the area.

👩‍👩‍👧‍👦 A region made for families 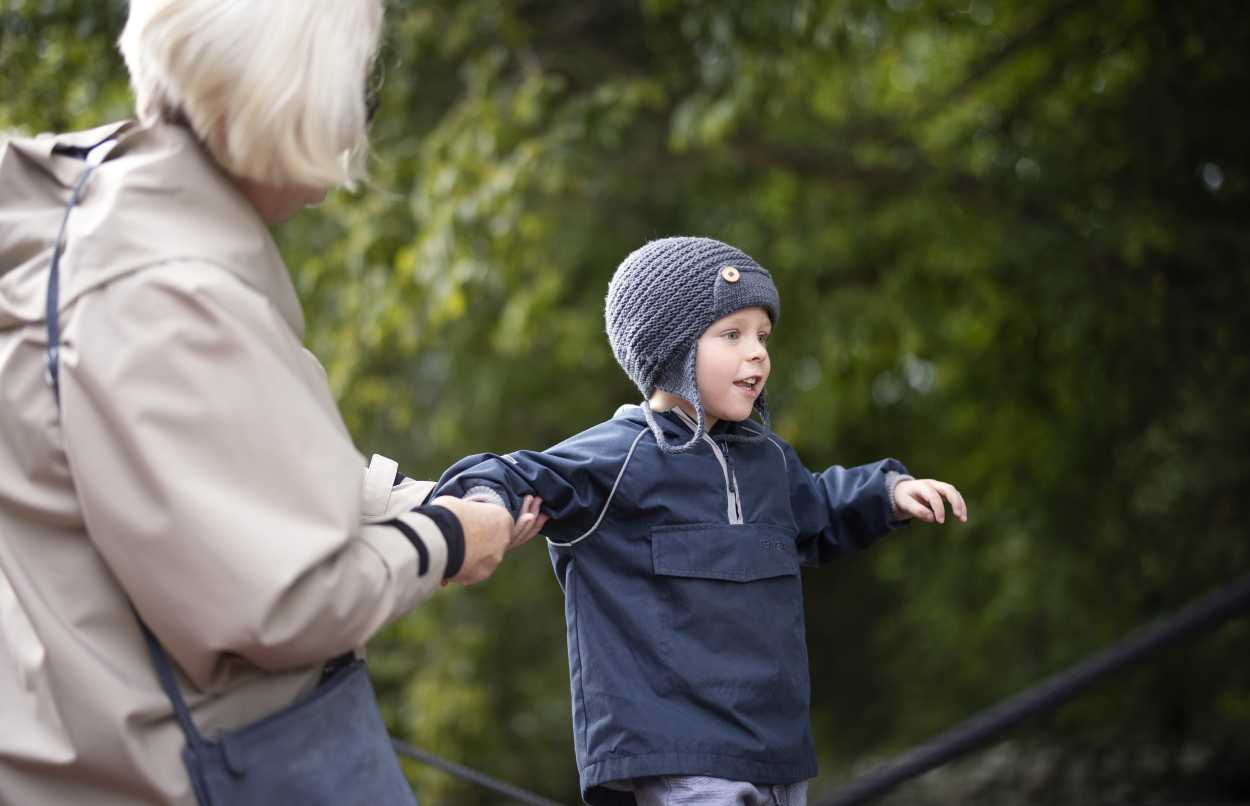 Let us just start by saying, Stavanger has the second highest birth rate in the country. The region is very well adapted for families. The City of Stavanger guarantees your child a spot at daycare, and we offer free after-school facilities for school children during their first year of school. Norway also offers free public schooling from the age of 6-18/19 years old at one of the world's bests schools.

In the region, you will also find a bunch of free activities for children, whether it is a skating park or a children’s museum. 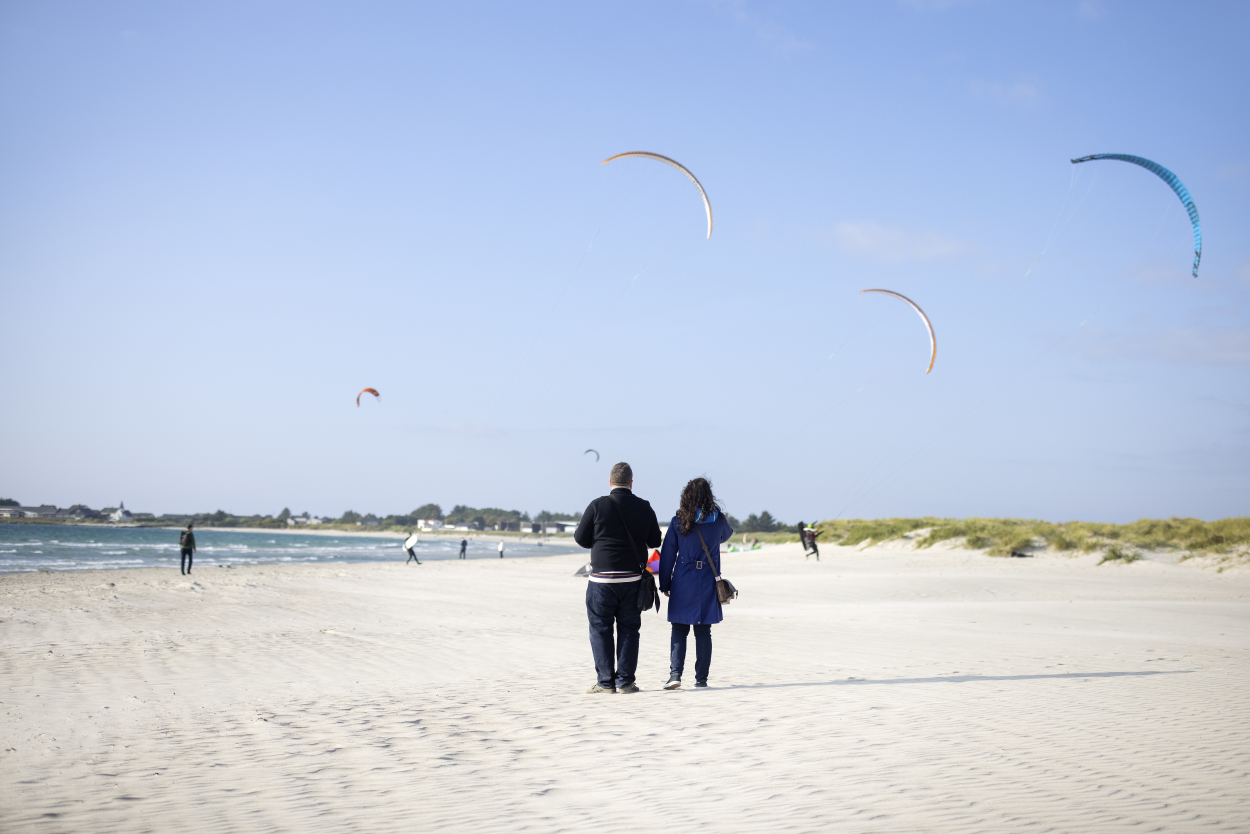 Surf in the morning, ski during the day, and kayak the fjords in the evening. When it comes to nature - we really do have it all.

Not only to mention the hiking. There are great hikes all around, we have even created 52 marked everyday hiking trails in the area. So you really won't have a problem finding the trails. We are also the home to Pulpit Rock where the nerve-racking cliff scene in Tom Cruises' film "Mission: Impossible - Fallout" takes place.

We have white sandy beaches, home to Norway's longest beach, Orre. We also have 63 different islands. And to top it off, we have the world's most northern palm island. No joke.

🥗 From Michelin to streetfood

From the Gladmat-festival in Stavanger

The food city of Stavanger offers world-class culinary experiences, based on short-distance ingredients. Stavanger is actually one of the few Norwegian cities with several Michelin Stars restaurants, RE-NAA, and Sabi Omakase. In addition, restaurants such as Tango, Söl, and K2 have received distinctíons from Michelin.

We are fortunate enough to have talented chefs and food experts in abundance. More than a few national and international food enthusiasts point to Stavanger as the culinary region of Norway. We are also the host of the Nordic´s largest food festival, Gladmat.

🎭 Take the stage - culture for every taste

People at the Utopia concert

In the Stavanger region, we have several renowned cultural arenas. We also host a range of festivals, including internationally renowned music festivals like Mablis, Utopia, Maijazz, and The Chamber Music Festival, as well as the largest economics festival in the Nordic countries, Kåkånomics.

In 2008, Stavanger was the cultural capital of Europe. This was celebrated with a variety of cultural events and initiatives and has resulted in a long-term strengthening of the arts sector in the city. Stavanger City, Stavanger Cathedral, and the Stavanger Diocese are celebrating their 900-year jubilee in 2025. In 2025 we will see a wide range of arts events and initiatives celebrating the history of Stavanger, its present, and the future of the city - especially Stavanger's role in the green transition.

🚲 Getting from A to B 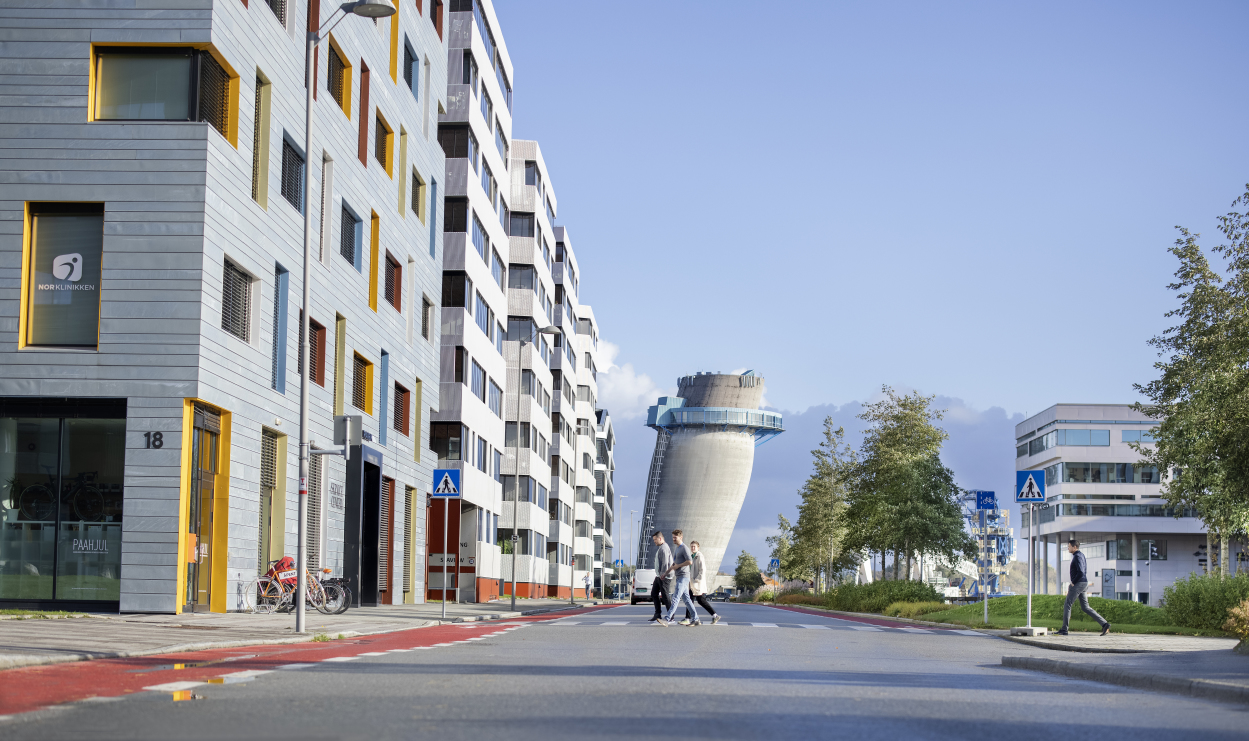 Did you know Norway has the most electric vehicles per inhabitant? The EV-charging points are on-point, meaning you never have to worry about your miles. Prefer biking? No problem. Not only do we have bike lanes in almost every part of the city, we even have our own bike freeway alongside our actual highway. So we got you covered.

And of course, we have bus and train routes covering our region from A to B. Going abroad? The city is located 20 minutes from the airport, where you can get to central Europe in 90 minutes. Sola Airport Stavanger has direct flights to London, Amsterdam, Copenhagen, Frankfurt, and many more destinations.

The region is a hotspot for resource-based industries including energy, aquaculture, and agriculture. Coupled with a highly educated workforce, excellent infrastructure, and capabilities within engineering and ICT (Information and communications technology), the region provides an innovative and vibrant setting for start-ups and enterprises looking for new sustainable market opportunities.

Start and run a business in Stavanger?

Please check out this guide.

For other inquiries, please contact Department of Economic Development and International Affairs: